KURZ opens a window onto the banknote sector

7. September 2020KURZ is a pioneer in the use of smart windows as key security elements for banknotes. 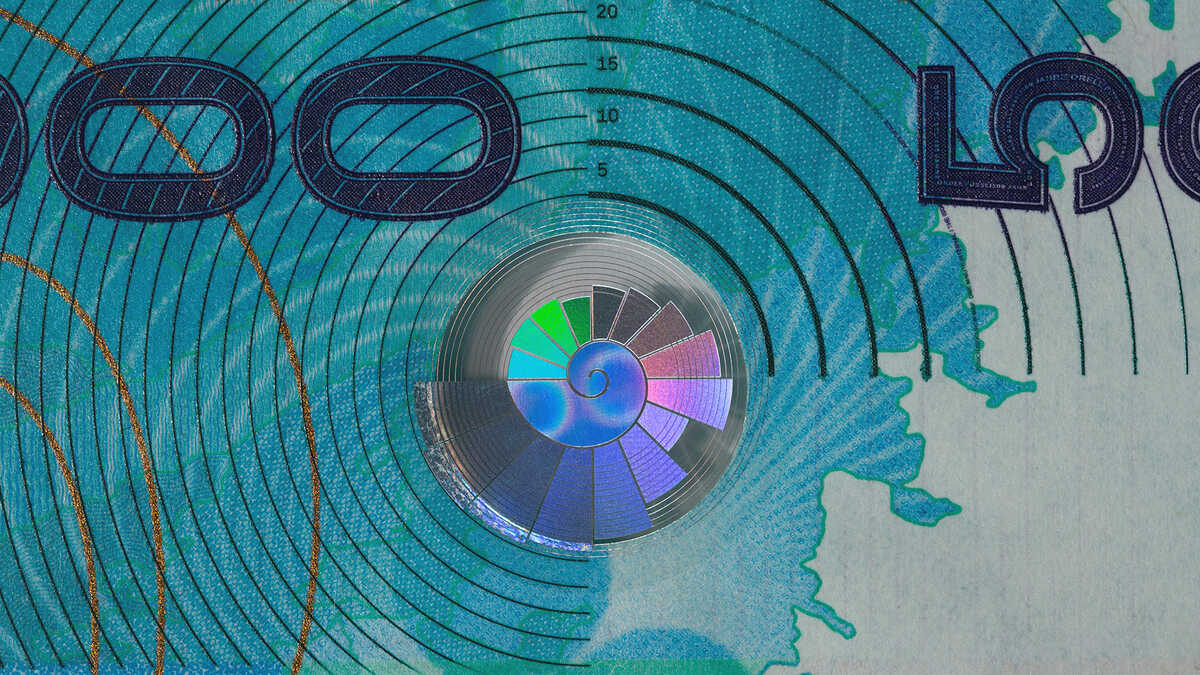 KURZ opens a window onto the banknote sector

KURZ is a pioneer in the use of smart windows as key security elements for banknotes.

Vintage, patina? Color? Glaze? LUMAFIN® is all of these.

KURZ is a pioneer in the use of smart windows as key security elements for banknotes. The latest generation of banknotes has raised the bar for our technologies.

The demands made on providers like KURZ are stringent and constantly evolving. Security elements must protect currency from sophisticated counterfeiting attempts, and at the same time harmoniously fit into banknote design. They must also be attractive and conspicuous enough to be easily checked for authenticity, and to be used as a means of payment.

As far back as 1994, KURZ began researching technology for smart windows in cooperation with the Deutsche Bundesbank. The original idea of punching out an opening as a window in a paper substrate to insert a security feature that appears when illuminated with light was successfully realized in the early 2000s. KINEGRAM REVIEW® foil strip technology has now been utilized for the portrait of the Goddess of Europe in the second euro banknote series.

Our unique KINEGRAM REVIEW® technology allows for different effects on the front and back of the foil, depending on the angle which the banknote is viewed from. A portrait, for instance, thus becomes visible on the front side of the smart window, while the monetary value appears several times on the back. 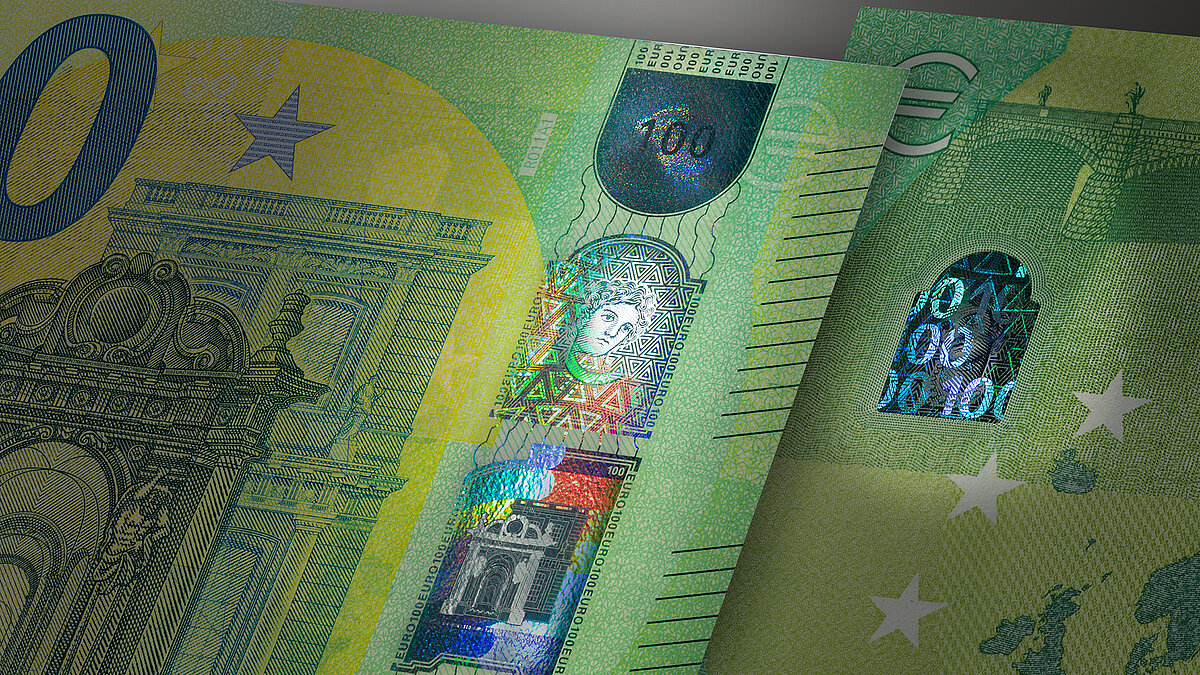 Our solutions for even greater counterfeiting protection

KURZ's innovative response to the ever more challenging demands made by central banks around the world today is to focus on versatile application and metallization methods such as KINEGRAM® APL (Applied Patch Label) and KINEGRAM ZERO.ZERO®.

In 2018 KURZ introduced the revolutionary KINEGRAM® APL technology for paper and composite substrates. This, for the first time, enabled production of bank notes with a foil patch in the smart window instead of a strip. The patch can now be applied directly at the banknote printing house, instead of only during the paper manufacturing process as before. Moreover, the opening for the smart window can be punched in any geometric shape. 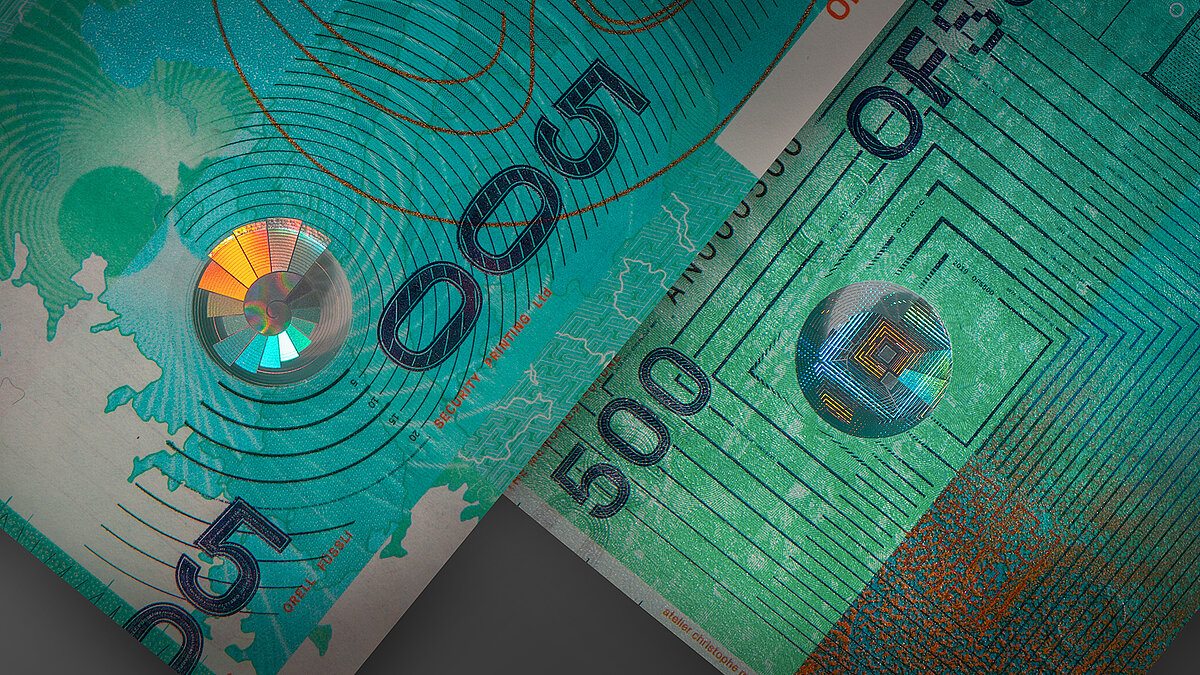 KINEGRAM ZERO.ZERO® allows for filigree lines down to 40 μm in a single design, and for precise coordination of optical effects and metallization. This foil technology is particularly suited to projects requiring seamless integration into the overall banknote design. 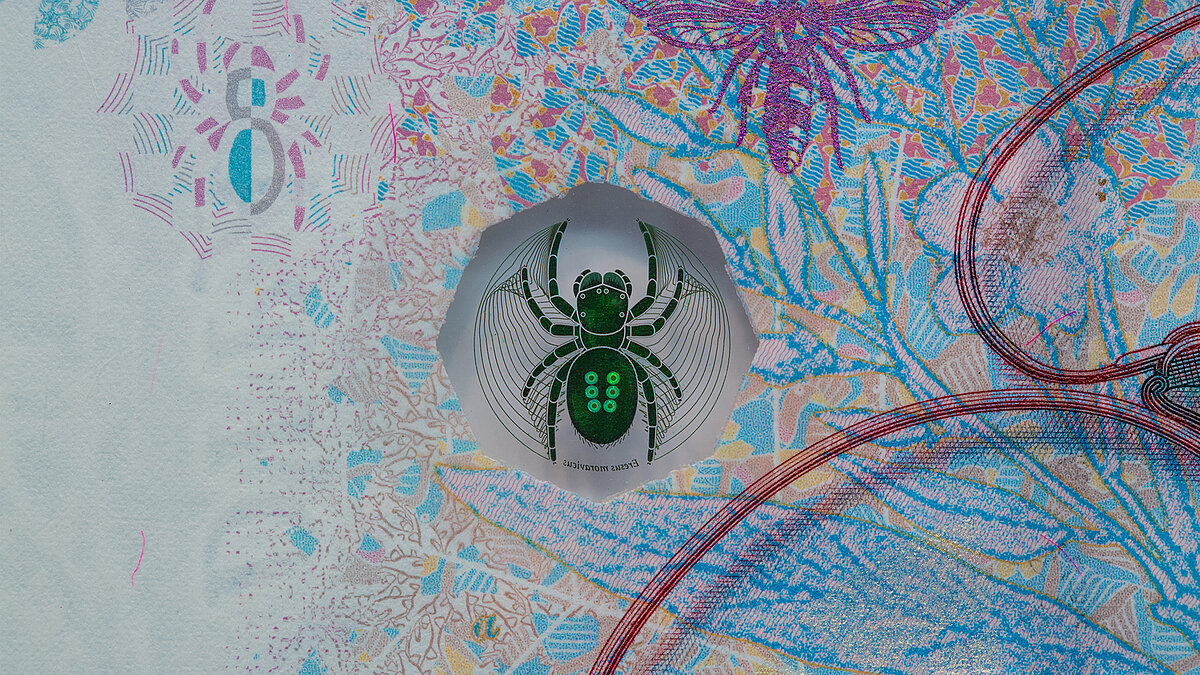 Would you like to know more about our role in the banknote sector? Click here for our article Secure banknotes thanks to KURZ. Also make sure you visit our website www.kurz-banknotes.com. If you have any further questions, please do not hesitate to contact us by e-mail.

Vintage, patina? Color? Glaze? LUMAFIN® is all of these.